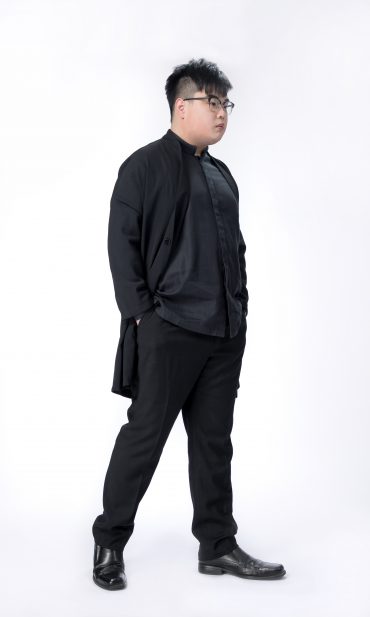 CHU graduated with a Bachelor of Music (Honours) degree in 2019 under Prof. Clarence Mak and Orchestral Conducting under Prof. Sharon Chow and Mr. Ho Man Chuen. CHU is composer-in-residence of Hong Kong Gaudeamus Dunhuang Ensemble and studying in the Central Conservatory of Music with master’s degree in music composition under Prof. Guo Wenjing.

CHU is interested in a wide range of compositions, from Western instrumental solo, chamber and wind band music to Chinese instrumental chamber and orchestral music. CHU is Composer-in-Residence of “Festive Chamber” since 2014, and actively participated into Charity Fund-raising musical production, including, “Wings of Life”, “World of Love” & “Love in All Seasons”. His work are often performed by local music groups, including “Psalm Wind Orchestra”, “Hong Kong Festival Wind Orchestra”, “RedBricks Harmonica Ensemble”etc. In 2016, CHU was commissioned by (The Hong Kong Academy for Performing Arts) Academy Wind Orchestra, for his composition “Hèn”. In the same year he went to Dunhuang, and since then, he started to compose music about Dunhuang Pipa Manuscript and Chinese Culture. In 2017 he participated in the score reading session co-organised by HKNME and The Philadelphia Orchestra. In the same year, he finishes his second orchestral piece “Mù Chén”. In 2018, he was commissioned by the Consulate General of Israel in Hong Kong and Macau to write a piano solo piece “Wane of the Moon” for young Israel pianist Nabeel Hayek. He also received commission by “Yue Pipa Ensemble” and “The Greeners’ Sound”in the same year.